Thunderkick is a Swedish game studio that was formed in 2012 in Stockholm by some enthusiastic developers. As the developers say, the company is on a journey to conquer the world through unmatched slot games and ideas. The company was started seven years ago in a small studio by a group of guys who decided to do things differently. In their own words, the Thunderkick developers said this;

"in an industry ruled by giants, we went in another direction and swore to always stay fun and give a damn."

Since 2012, the company has been working hard to develop unique games. The quality of production across their portfolio is very high. The developers have worked hard to ensure that all their games and software development is done in-house. They also ensure that their games are created in a style that can be easily recognized by the players. Since there have been numerous duplication in the market, the company takes pride in having unique slots that are highly recognizable in the market. This has been an achievement for Thunderkick company.

In the past six years, a lot has happened in the company. However, the developers never relented in delivering quality slots, one after the other. This company has worked on building its slots portfolio, and it has many games than some companies which started many years ago. The company has 50 employees who care about their staff, customers and the products they deliver to their customers. Doing things in a unique way and following the path of independence is what has kept this company relevant in the industry.

The company has been developing all its slots within its studios, and all the ideas and solutions are sourced from the staff. Up to date, the casino has over ten slots which are played by many casinos across Sweden and other parts of the world.

Thunderkick slot developer is licensed to operate in both the UK and Malta. These licenses give it a fantastic combination of serve clients from the British Isles while paying taxes in the Mediterranean. The company has many casinos in the UK market. Some of its platforms include; Grand Ivy Casino, which is both licensed and legit. As a player, you would feel good to play your slots on this casino because it brings special elegance in the world of gambling. It is adorned with amazing graphics of ornaments and chandeliers. Forget about the graphical interface. The casino offers a myriad of slots from many developers.

PlayOJO is also a Thunderkick’s platform offering many slots from various developers. This casino is very interesting with a cartoon counterpart, OJO guiding players as they explore many slots available on the casino. Some of the slots played here are from the top developers in the industry. For anyone who loves fun and humor, then this is the right casino for you to be. 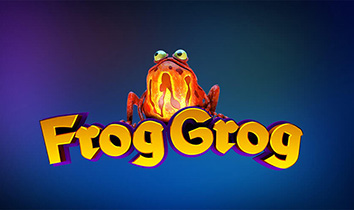 Overall, slots by Thunderkick are real fun and treat to play. The gorgeous themes and graphic elements, as well as the stunning symbols, are the major contributors to the uniqueness of these slots. Next are beautiful playing characteristics such as the high RTP of these games. The new games released from time to time keeps players waiting and wishing to explore the next big thing from the developer. When it comes to design, Thunderkick uses the modern features in their games, wide gambling limits and highly mobile. This seamless mobile compatibility provides the playing ease with which they can play the games on mobile devices and enjoy them anytime, anywhere.

If you cannot afford a PC or a laptop, do not panic because you can play Thunderkick games right on your mobile phone, have fun, and win big. This thing of Thunderkick is one thing that will definitely amaze you. Here is the best thing about Thunderkick slots, the top three casinos in the UK play Thunderkick's slots. Here are the top 6 slots by Thunderkick which you can enjoy.

For the first time players of Pink Elephants, it is difficult to judge its setting. The game features a didgeridoo, sitar, and symbols of magic which alludes some kind of spiritual exodus from reality. In fact, you might not be sure of what you are playing because this game is unique and does not resemble any other slot which has ever been developed before when it comes to its setting. It is interesting to find a slot game with a reformed setup. This game has six reels instead of the usual five we are used to.

With over 4000 paylines, (you can call them winning combinations if you like) you got no excuse for failing to land a combo in this slot. The game is interesting with a cartoon look and feel. The reel positions and the graphics are nice with a stylish finish that can be enjoyed by every player. Having been offered many chances of hitting combos in this slot, the RTP is too high. Imagine playing on a slot with over 4000 pay lines and an RTP of 96.1%? This is so generous, and you have all the reasons to play this game.

Wildlife enthusiasts will love the elephant and other animals –African animals in this case as they make their way onto the reels. Playing this game is a real wildlife adventure.

Here is another interesting slot from the Thunder kick developer. This game has five reels and a mysterious monument in likeness of the one in 1968 sci-fi classic 2001 of the space odyssey. The game has thirteen symbols, and with this much, you cannot fail to hit a winning composition. It has a bonus game and a mystery game too. When playing this game for the first time, it is possible to feel overwhelmed. However, when you get used to it is a really fun and rewarding experience just like Kubrick's classic film. The little patient is needed when playing the Arcader Slot from Thunderkick.

Well, if you love the culture of the day, then Esqueleto Explosivo Slot is the deal for you. Look at this, dead themed slot from Thunderkick game developers. The setting of this slot is a Mexican ton square. The players of Esqueleto Explosivo try as much as they can to rack up the multipliers while having fun with the killer mariachi concert. For gamblers who are always on the lookout for the new good stuff in the market, this slot should be on your phone right now. Wow! I just told you that the slot is seamless and you can access it right on your mobile phone. The band’s name in this slot is the Enrico Mortis and The Boners.

Toki Time is a Thunderkick's five-reel video slot. This is one of the most interesting slots which you should try out today. The setting of this slot features dancing clouds impaled by a beautiful rainbow, mushrooms, and other beautiful features. For you to win, you have two ways to do so. You can either win by expanded wilds triggering re-spins or by a winning combination. This game is both fun and ridiculous. When you look at this game from a mechanical view, it has an RTP of 97.1%. With 11 lines paying both ways, any player would enjoy playing this game while having a lot of fun and humor at the same time.

Toki Time Slot has betting limits that are varied sufficiently to accommodate both the picky players and the haughty ones alike play this game and have what it takes to be a real slot player. Hit them the reels and make real money.

This slot is a retro video Slot game whose experience will take you back to many past decades. Hey! Did you miss the 80s? If you did not make it see that time it was a really interesting time to live. People talked face to face with each other, and they connected physically playing games- video games on the screens of their televisions. The films and videos were quite funny, and people laughed together. That era was bloody fun to exist. The music was free and mega, and no one was making music to chase after money or clout. This is the exact sentiment that Thunderkick used when developing this game. When I told you that this developer focuses on unique slots, I mean it. Thunderkick bagged the 80s sentiments into the Flame Busters Slot featuring Roasty McFry and his fire-busting buddies.

The game has 243 paylines, so you have no reason for failing to make a winning out of those. This shows that if you balance three or more symbols to the right anywhere on the reels will give you a win. Players should be careful when playing these games because all games with many possible winning ways, a small compromise is made somewhere. In the case of Flame Busters Slot, the winnings are small, but you can accumulate the winnings by winning as many times as you can.

The setting of this game is a 16-bit home console era of the 80s to somewhere in the early 90s. If you want to understand this game well, then you just have to think of super Nintendo, and you are pretty much in there. The soundtrack in this game is retro as well, and it is pretty nice to listen to. See the Roasty McFry and his mates extinguish the flames in this game. Play for fun and real money.

It is possible that you have been experiencing boring slots that have been redundant in the market. The lack of innovation in the gambling market has seen many slot developers duplicating ideas from their peers and competitors. However, with Thunderkick, you get the best and the unique slots that cannot be boring. If you have been a victim of boring slots, then the Frog Grog slot is the slot you should try out.

This slot from thunder kick has a setting of a witch's hut. Instead of finding danger in this slot, the player will be given rewards on the adventure of this slot. The game has the best features to help the payer win, such as wilds, and multipliers. It is an interesting game that will leave you entertained and fulfilled.

The game has five reels, three rows, and 23 paylines which are fixed. These paylines pay from left to right. It also has symbols that are made up of standard contents in the witch's cupboard.

The game has three a heart and three different portions that are colored. When playing this game, you will not only be winning and having fun, but you will be walking through history through a slot.